Despite contradictory messages coming from within the Nigerian government it looks increasingly as if President Goodluck Jonathan has decided on negotiation with Boko Haram to secure the release of the 270 kidnapped girls. This could mean the release of Boko Haram prisoners from jails as well as cash paid to the movement’s leadership, according to a senior Nigerian security source. 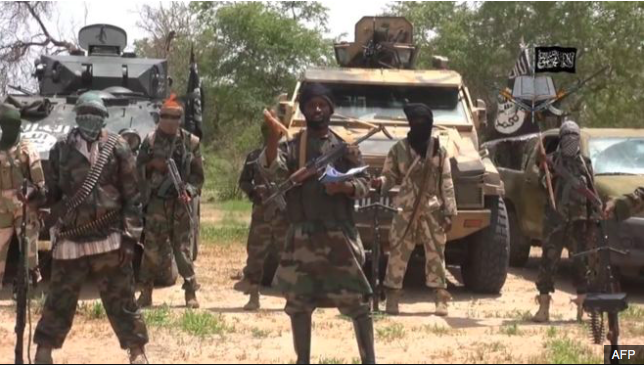 Although the girls may be released, the source said, Boko Haram will be enriched and strengthened and will no doubt capture more hostages in the coming weeks. The army however will be further demoralised.

The source also revealed that there is a security vacuum at the heart of the Nigerian state with the army, police and the State Security Service uncoordinated and at odds with each other. Despite a huge increase in defence spending, the army is ill-equipped to fight Boko Haram, which is often reported to have better, more modern weapons and communications equipment.

Goodluck Jonathan only began to pay serious attention to the crisis in north-east Nigeria when US President Barack Obama and his wife Michelle raised the issue internationally two weeks after the abductions took place. President Obama also ordered senior US security officials to Nigeria without consulting the Nigerian Government. Offers of help from the United States, Britain and Israel were ignored by Nigeria for almost two weeks.

Under enormous pressure and with few alternatives, Nigeria has let in small teams from Israel, but President Jonathan has apparently ruled out an operational role for US or British forces to release the girls. The Nigerian security forces do not have the capacity to launch a successful rescue mission themselves.

President Jonathan has been unable to call a meeting of the state security council because the army chiefs do not consider the President’s security adviser to be of sufficient rank. Sambo Dasuki is a colonel and the generals did not respond to his summons.

A substantial ransom for the abducted girls could mean that Boko Haram will become a major player in Nigeria and the region for a while. Its original hard-line Islamists have been pushed aside by criminal gangs who use religion as a cover for extortion, smuggling and theft. Current funding comes from bank robberies and protection money. The actions of the police and the army in the region, arresting or killing people at random, not showing respect to Muslim women and robbing homes in house to house searches is further alienating the region’s ethnic Kanuri youth.

There are also serious concerns about the loyalty of the local people of the north east to the government and even the state of Nigeria. For some 400 years Maiduguri was the heart of the Islamic Bornu Empire which was ruled by Kanuris. But, eclipsed by the Hausa Fulani people in the rest of Northern Nigeria in the late 19th Century, the Kanuris are now alienated from the rest of the country – a minority within a minority. Pride in their history is driving a growing desire for a Kanuri state, autonomous within Nigeria. But today they are bereft of leaders. The only Kanuri to rule Nigeria was General Sani Abacha, probably Nigeria’s worst dictator.

Meanwhile Maiduguri, the capital of Bornu state, is growing poorer. Traditionally it has been the marketplace for goods made in or imported into Nigeria then traded throughout the Sahelian countries including Chad, Niger and northern Cameroon. In return, the cattle wealth from these regions comes to Maiduguri. But the trade is being interrupted by violence and weakened by demands for the payment of protection money. This further impoverishes the region, reduces the opportunities for an ill-educated youth still further, and gives greater power to an increasingly wealthy Boko Haram.

This article was written for The Royal African Society –  http://www.royalafricansociety.org/blog/goodluck-jonathan-preparing-negotiate-boko-haram-chibok-girls#sthash.wMKsJ2qS.dpuf