Telling Africans and their leaders what to do – or not do – is not in my nature. Outsiders do not have a good record in this area. But sometimes situations and events become so precarious and decisions taken are so obviously going to lead to disaster that […]

Despite contradictory messages coming from within the Nigerian government it looks increasingly as if President Goodluck Jonathan has decided on negotiation with Boko Haram to secure the release of the 270 kidnapped girls. This could mean the release of Boko Haram prisoners from jails as well as cash […]

Can U.S. apply lessons learned from ‘War on Terror’ in Nigeria?

The leadership of Boko Haram must think they have hit the jackpot. The abduction of more than 200 schoolgirls in northeast Nigeria has been denounced by U.S. President Barack Obama and UK Prime Minister David Cameron. That has given them all the publicity they crave. Their movement […]

Where in the world would the disappearance of more than 240 schoolgirls have been ignored by the world’s press for almost two weeks? The answer is Borno state in north-east Nigeria. Had they died in a plane crash or a sinking ferry anywhere in the world it would […] 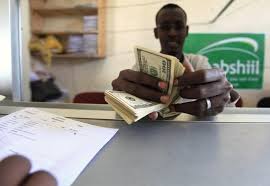 Good news for remittance-makers to Africa

Very good news on Wednesday when Barclays Bank agreed to give Dahabshiil, the Somali remittance company, sufficient time to find another way of transferring money from the UK and elsewhere to Somalia before closing its account with them. Up to $2 billion a year is sent from Somali […] 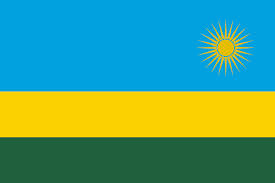 Death and Identity in Rwanda

I don’t know why I keep them, but I have never been able to just throw them away. Two small green folded cards found at a road block in Rwanda in 1994. “Karita Y’Ibiranga Umuntu – Carte d’Indentite Republika y’u Rwanda”. The name on one is Mugema. Resident […]